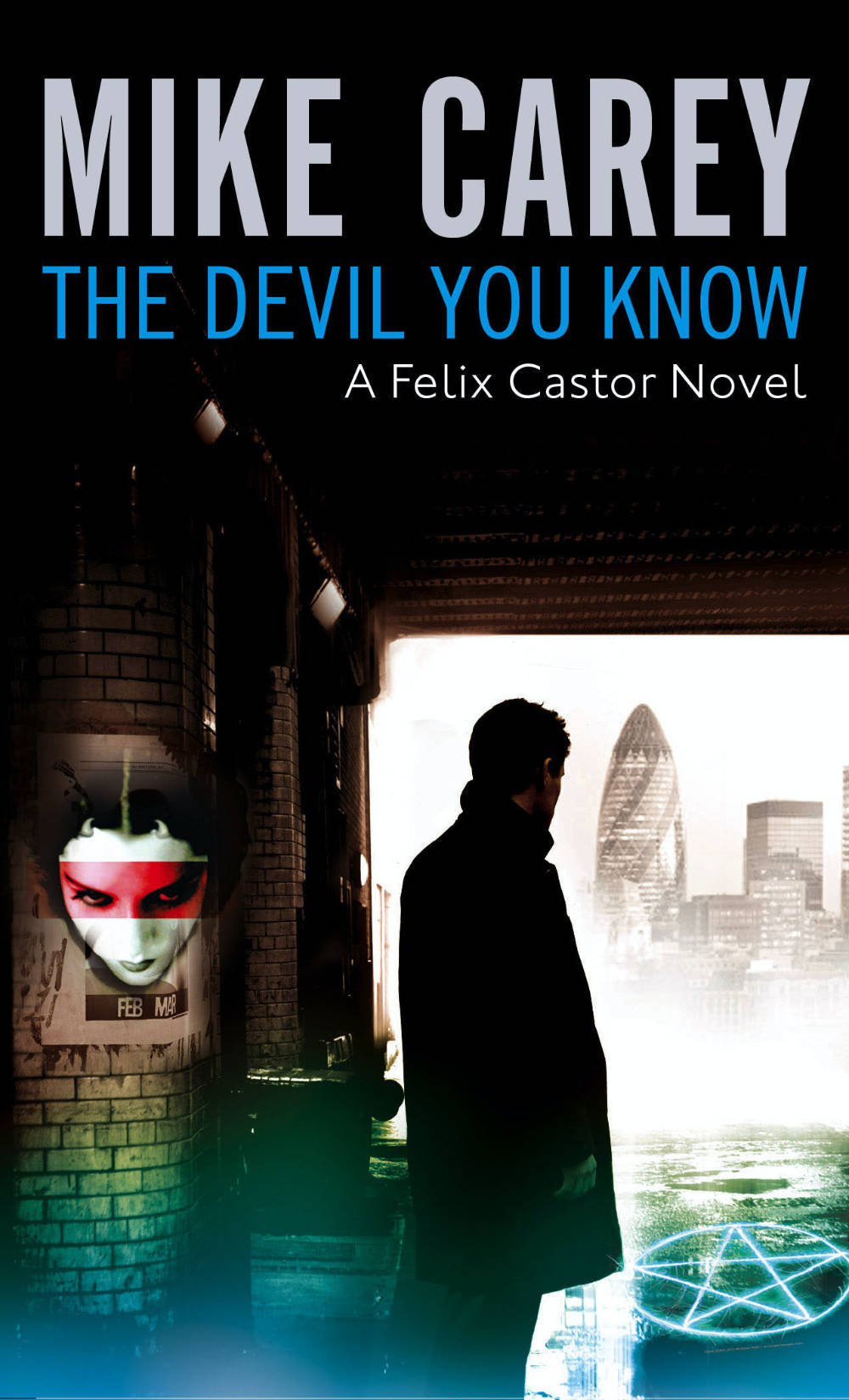 I expect that most well-read comic book readers probably came across Mike Carey first via the Lucifer series from Vertigo, a spin-off from Neil Gaiman’s The Sandman, about the fallen angel after he gave the keys to hell to Morpheus – he must be a brave (or desperate) man to work on something related to Gaiman’s landmark comic book series. Subsequently, he has moved onwards and upwards, working on a long run on Hellblazer and now writing Ultimate Fantastic Four and The X-Men. In between all this, he’s managed to find time to write prose novels, of which The Devil You Know is the first in the Felix Castor series.

Felix Castor, which is a great name for a central character, is a former freelance exorcist – he grew up being psychically sensitive to the paranormal, and found he had an ability to exorcise ghosts when he got fed up being pestered by the ghost of his dead sister. He hasn’t worked in a year because of the exorcism that went wrong when he was trying to help his friend who had been experimenting with some dangerous magic. However, his landlady (an old friend from his brief college days) is behind on her mortgage, and he is behind on his rent, so the fates determine that he cannot turn down the opportunity of some relatively easy money when he gets called to perform an exorcism at the Bonnington Archive in London. Obviously, things don’t go smoothly or there wouldn’t be much of a story.

And a good story it is. Carey has created an intriguing character in Castor and his first-person narrative. It’s squarely in the noir domain but not limited to investigations – in fact, by definition the source of the story is already dead. This is an interesting basis for a recurring character – the world of ghosts allows for a large cross-section of society for the purpose of storytelling. Carey adds to this by having his world witness a tipping point in the ghost world equilibrium, causing more and more to appear and become part of normal existence. He also allows for ghosts to be an explanation for animalistic paranormality – one character Castor comes across is a loup garou, a ghost who has changed the shape of an animal into a basic human form, increasing the scope of worlds to be used.

Another aspect that is central to the story is London itself. Castor, like Carey himself, comes from Liverpool and moved to London and sees it from a different viewpoint, looking at the city in an absorbing manner. It makes the novel very English, particularly with the narrative style – any character who references the famous last line of commentary from the England World Cup win of 1966 gets my vote even if it might alienate others who don’t get it. The prose and the dialogue are filled with Englishisms that make the book breathe and come to life. The little details display the thought behind the story and the skill Carey brings to this world he has created – the basic premise and character might have some similarities to the star of Hellblazer, John Constantine (a Scouser who dabbles in magic), but the results are very different. The Devil You Know is a satisfying and engrossing read, with an interesting character in Felix Castor that makes me want to read more. I look forward to the next book in the series.

From A Library: The Graveyard Book

Notes On A Book: The Good, The Bad And The Multiplex

Book: Have You Seen…? By David Thomson