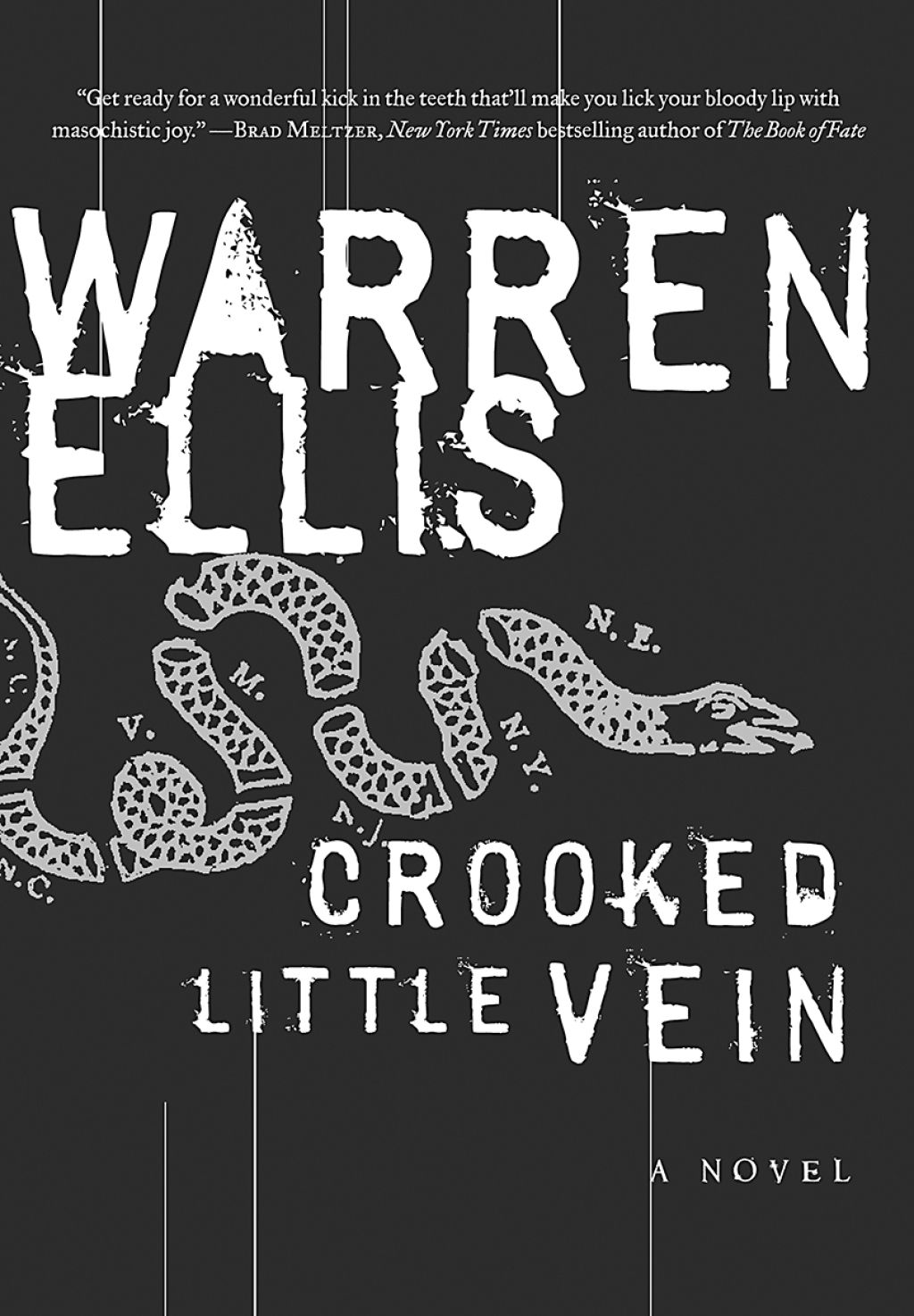 Being a fan of Warren Ellis (see this rather extensive selection of previous posts about Ellis’ work), it was obvious that I was going to buy his first novella; the only question was how much I would enjoy the book.

The story of Crooked Little Vein is pure Ellis, a mix of his love of hard-boiled fiction (e.g. Scars, Desolation Jones, even Gravel is hard-boiled meets magic/action) and his love of the strange (Transmetropolitan and his former website, www.diepunyhumans.com). Michael McGill is a down-at-heel private detective and a shit magnet (his last case was an adultery case where the husband formed a sex cult that broke into ostrich farms, drugged them and had sex with them; this caused his girlfriend to leave him for a woman called Bob who designed strap-ons), who is tasked by the White House Chief-of Staff to find a book, the ‘other Constitution of the United States’, with the 23 Invisible Amendments to be read by presidents, vice presidents and Chief-of-Staff, bound in the skin of the alien entity that probed Benjamin Franklin’s bum. If that isn’t a great start to a story, I don’t know what is.

An aside: after reading the first arc of Desolation Jones, the memory of which floats to the front of the brain when reading this, particularly when the story reaches LA, I was worried for the great character of Trix and her outcome; however, Ellis allows his romantic, optimistic side to win out, and everything turns out for the best.

I may have alluded to a happy ending and a lot of humour in the adventure, but the book gets serious and scary towards the end, as would be expected and hoped for. It’s an interesting idea, that America has changed almost completely in the past 50 years (which is when the other Constitution book was stolen), and Ellis has fun with, providing us with an entertaining and enjoyable read. My only complaint? It’s too short. I was enjoying it so much, I wanted more. Next time, a full novel please.