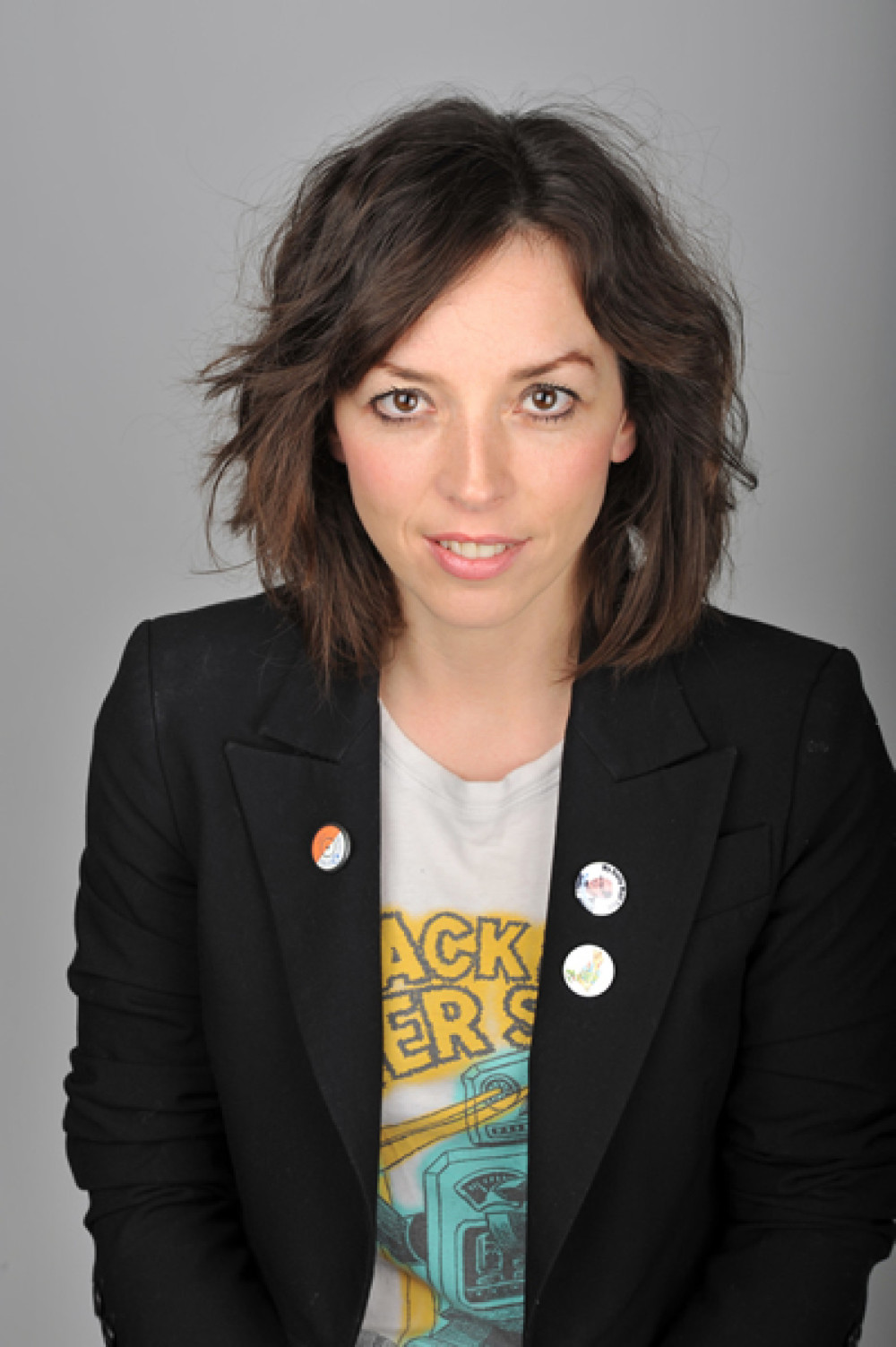 Let me say this before I start waffling: this show is funny, smart, silly and thoughtful about a serious issue that never overwhelms the fact that Bridget Christie knows she’s making jokes to make a point. It’s a very entertaining hour about feminism and the way that feminism is portrayed and trying to understand why it’s so difficult for people to grasp the idea that social, political and economic equality for women should be the norm, but still has time to mock Stirling Moss for his sexist comments about female racing drivers, which leads to Christie imagining the hilarious repercussions of his funeral in the case of his hypothetical death from falling down a lift shaft in his own house. That’s impressive.

I bought tickets for this show at the Soho Theatre in late September, and even then tickets were only available for weekday performances. Since then, the run from 5 November to 6 December has sold out and another run, for most of January, has been announced. This might not be the same as selling out a national tour of big theatres and arenas, but it still makes me happy that a comedy show about feminism has struck a chord and Christie’s talents are being rewarded financially, as well as the Foster Edinburgh Comedy Award for 2013. (And I thought she was having a good year after her very funny Radio 4 show earlier this year about feminism, Bridget Christie Minds The Gap …)

After a start where she’s warming up (she admits that she’s trying things to keep it fresh for her), she gets into the set that won her the Edinburgh comedy award with her twirling around to show that she is indeed a woman, which leads into the fact that the best woman was Wonder Woman because she needed to twirl around and the fact that Margaret Thatcher wasn’t a good woman because she refused to turn around. She then went into the extended routine about Stirling Moss, which sees Christie’s physicality come to the fore, as she throws herself around the stage – this is a comedian who did previous Edinburgh shows as an ant, a donkey and King Charles II.

Throughout the show, Christie plays with the idea of what she is doing: she is passionate about feminism and knows that she is unable to change the minds of idiots who refuse to believe in the idea but also knows that she can make jokes about sexism and misogyny that contribute to the conversation that should be constantly happening. She uses pretend heckles from male audience members to highlight this – ‘What’s that, sir? Why’s she getting so angry about women’s pens when there’s human trafficking and female genital mutilation? I’m glad you bring that up but I’m trying to keep it light …’ – after the aforementioned routine about the show’s title, where she wonders how Bic got the idea and an imagined conversation between the Bronte sisters about their writing.

She also discusses the people who have been lauded as feminist icons despite the fact that they have stated that they don’t want to be defined by it (Beyonce) or who don’t believe in it (Thatcher), and states that her feminist icon is Malala Yousafzai, the Pakistani girl who survived being shot in the head by the Taliban for standing up for her right to an education – although, crucially, she does this and still puts jokes in that are funny and appropriate. That’s the great balance here: the show is laugh-out-loud funny the whole way through while making her points in a passionate way, pointing out absurdities (Jay Z is now considered a feminist because he dropped the word ‘bitch’ from his raps after his daughter was born; asking that women be allowed to have feminism because ‘men already have everything else’) and the casual sexism that exists so that we don’t even notice it any more.

The only strange thing about the night was the audience: it was populated by more women than would normally be found in a comedy gig, and it seemed like the majority weren’t normally comedy gig patrons. There were islands of people, like my girlfriend and I, who were laughing hysterically at the material but there seemed to be an uneven balance, as if people weren’t sure they were supposed to be laughing, as if they were expecting a lecture or something; it was something that Christie picked up on, pointing out where certain gags worked better or worse than usual. It’s early into the run, and then there’s the extra month of shows next year, so perhaps it will be different next year – I know I’m tempted to see the show again next year because it was so funny and it was great to hear someone saying things that needed to be said but in a hilarious fashion. I thoroughly recommend this show, and urge you to see it, and I look forward to Christie’s next material – she’s writing a book and a new series of the radio show – and whatever she does next.