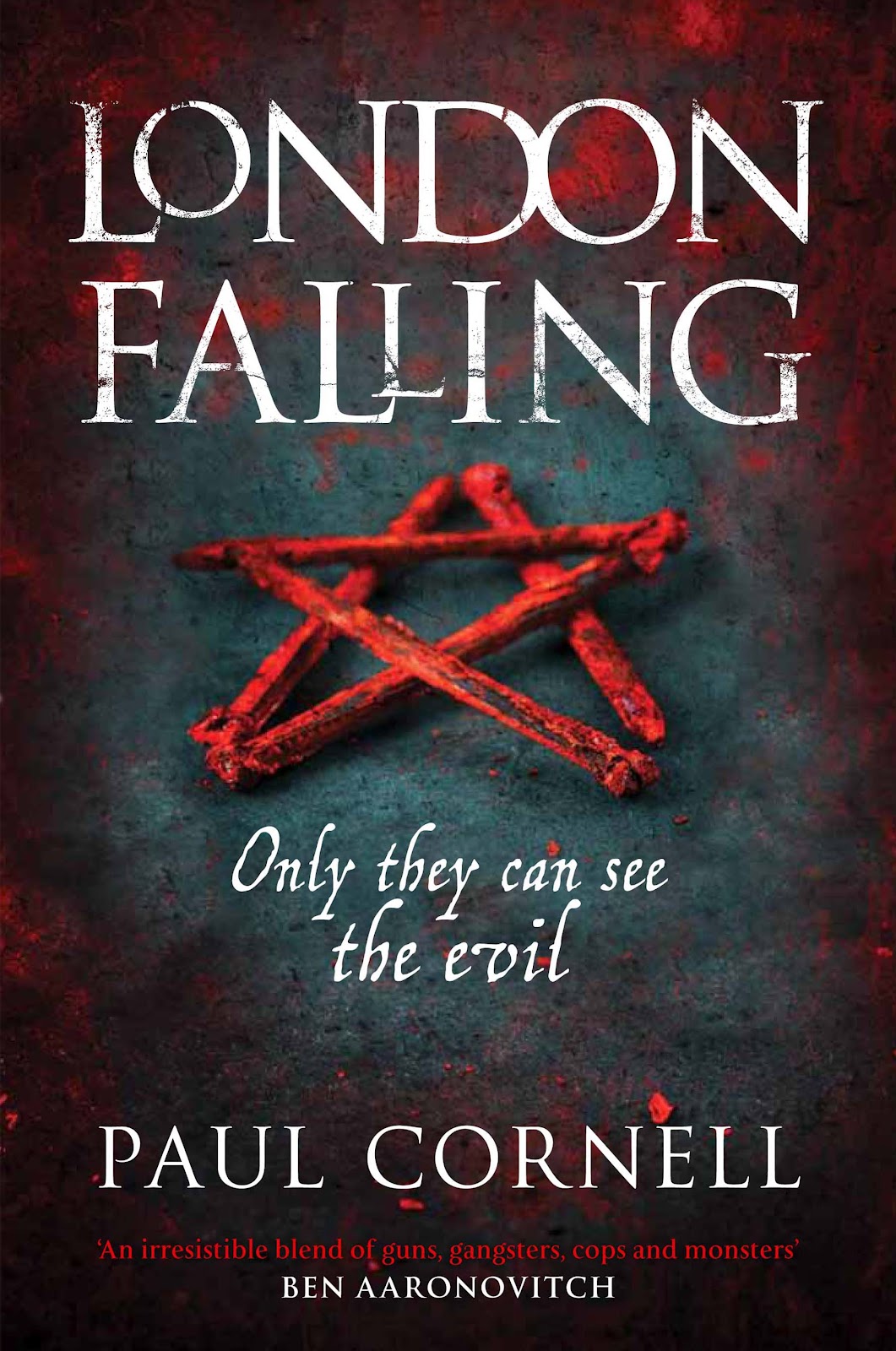 The concept of police investigating magical-related crime in London is not without precedent – I’m a big fan of Ben Aaronovitch’s Folly series – but it’s way that the story is told that makes it different. Cornell, in addition to his comic-book writing, has written for television (Doctor Who, Primeval, Robin Hood) and this book has a televisual feel (SFX glibly describes it as Buffy meets The Sweeney but they have a point) – in the acknowledgements, Cornell admits that the story was originally created as a television series pitch, something that is evident in the story and the collection of characters, but doesn’t detract from the originality and enjoyment of the book.

Detective Inspector Quill, undercover policemen Costain and Sefton, and analyst Lisa Ross are part of an operation to bring down Toshack, the boss of the largest organised criminal network in London. However, when they capture him, he is murdered in police custody by an unseen assailant; while investigating, our four leads are ‘gifted’ with The Sight, which allows them to see the occult underbelly of London, the things which normal people can’t see, including the entity responsible for the murder of Toshack and his enemies before that, and who is now killing in order to stay in existence. Quill and his team are the only people who can figure it out and who have any chance of stopping the killings, while coping with the effects of the developing The Sight and the dark, strange places it takes them.

The book works because Cornell has grounded the story in reality so that the supernatural element has solid grounding from which to work and contrast. The sense of ‘policeness’ is evident throughout the book – Cornell has obviously researched this thoroughly and the reality of police work shows – and the feel of London permeates the book; West Ham United football club and its grounds in the east of London play a big part in the story (although Cornell always uses the nickname of The Irons for the club, whereas I have only ever heard The Hammers used), and he uses London connections to keep the story linked to the area through history in an engaging way. For a chap from Wiltshire, he has a nice handle on London dialogue, albeit one heavily influenced by television instead of reality, but it works in the context of the book. The story is gripping – there is a sense of pace and urgency to proceedings that forces you to turn the page – and the four lead characters are interesting and well rounded, even if there is a slight touch of central casting (for example, Quill feels a bit like John Thaw’s Jack Regan from The Sweeney).

If there is one slight problem, it’s in the prose, which I didn’t expect from Cornell. The first chapter has some horrible expository dialogue during an undercover scene in the first chapter (Quill: ‘Do you know how long it has been for us on Operation Goodfellow? Four years now, from you first getting in with Pa Toil’s gang.’; ‘The top brass are pushing Superintendent Lofthouse to end this right now, understand? Right now, you are the lead UC in the least successful operation SCD 10 has ever mounted in the capital …’ [there is a glossary at the back for abbreviations and slang terms, which I think takes away from the enjoyment]), which is perhaps understandable but it makes the first chapter tough going, and doesn’t reflect the rest of the book. The other aspect is the prose itself, infused with the same London edge as the dialogue, which is a strange authorial choice – the dialogue is supposed to be where the colour is supposed to be; having it in the prose takes away something from the storytelling. Having a character ‘go for a butcher’s’ doesn’t feel right when being told this by the author; the line ‘the mob ripped her fucking heart out’ is supposed to be something that somebody says, not what the omniscient narrator uses to describe a scene. It might be just me, but it was a slight distancing effect in reading an otherwise entertaining read.

The book is open ended, as would be expected from an original television pitch – the idea is to set up a special division within the London police to investigate the crimes that normal police force cannot, a unit that might have historical precedent within the world of the story. I’m fine with that because Cornell has created a perfect vehicle to do that – London Falling isn’t perfect, but it’s a great introduction to the Shadow Police and I’ll be reading future instalments.