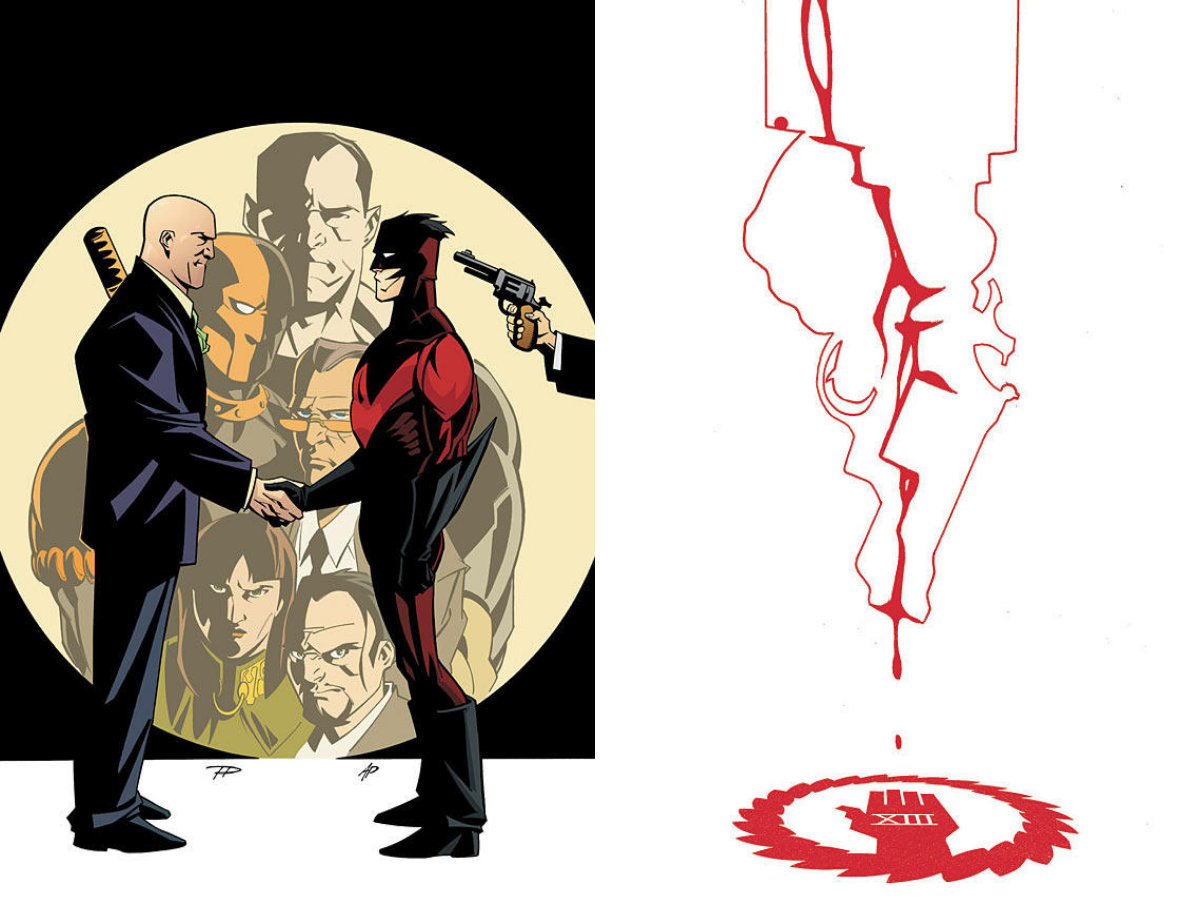 I was supposed to be in Olso this past weekend for a friend’s wedding, but the problems with BA meant I didn’t go. This really bummed me out, which is why I haven’t posted the last couple of days. However, the posting of DC solicitations for November have cheered me up immensely and reminded me why I love comics so much. So, it’s that time again – comics from the future, today!

I don’t read Nightwing and don’t really have an interest, but I do like the cover from Hester & Parks (above left) – a strong image, strikingly rendered.

Matt Wagner mines the history of Batman for his latest maxi-series, Batman and the Monster Men. From what I’ve read of his, he seems to get the Bat, but do we REALLY need this?

Gotham Central ties in with Infinite Crisis, which seems an intrusion, but hopefully it will mean an interesting character tale told from the human perspective, without having to read the rest of the crossover.

I like Jim Lee’s art, but this cover has me cringing with embarrassment. At least I won’t be buying it, but I feel sorry for people having to sell it in shops …

All the pre-Infinite Crisis books get the collected format this month – I’ll stick with the I Can’t Believe It’s Not The Justice League TP, thanks very much.

Grant Morrison finally gets his hands on Superman proper in All Star Superman, with the infamous cover by Quietly. I don’t think I can wait for the trade on this beauty …

I like the cover design for Jack Cross #4 but does Erskine’s art look smoother and the characters prettier than normal? I’ve enjoyed his wonderfully craggy art from Knights of Pendragon and Firearm and City of Silence, where people looked real – has he had to make them ‘normal’ for the sake of a DCU book?

Grant Morrison continues to make me (and the majority of the comic blogging world) very happy with the start of two more of the Seven Soldiers mini-series: Bulleteer and Frankenstein, which both look spanking gorgeous.

And, although my girlfriend will hate me for it, I do enjoy the cover for ABC A-Z: Greyshirt and Cobweb for the voluptuous rendition of Cobweb by the breast-fixated Terry Dodson (above

The latest instalment of Losers in trade format for me to catch up on this great series, with yet another great cover. Which brings me to the end of the solicitations, at least for me. Looks like a good month, if not for my wallet.

My Troubles With Trade Paperback Prices

Thoughts On New Stories Versus Old