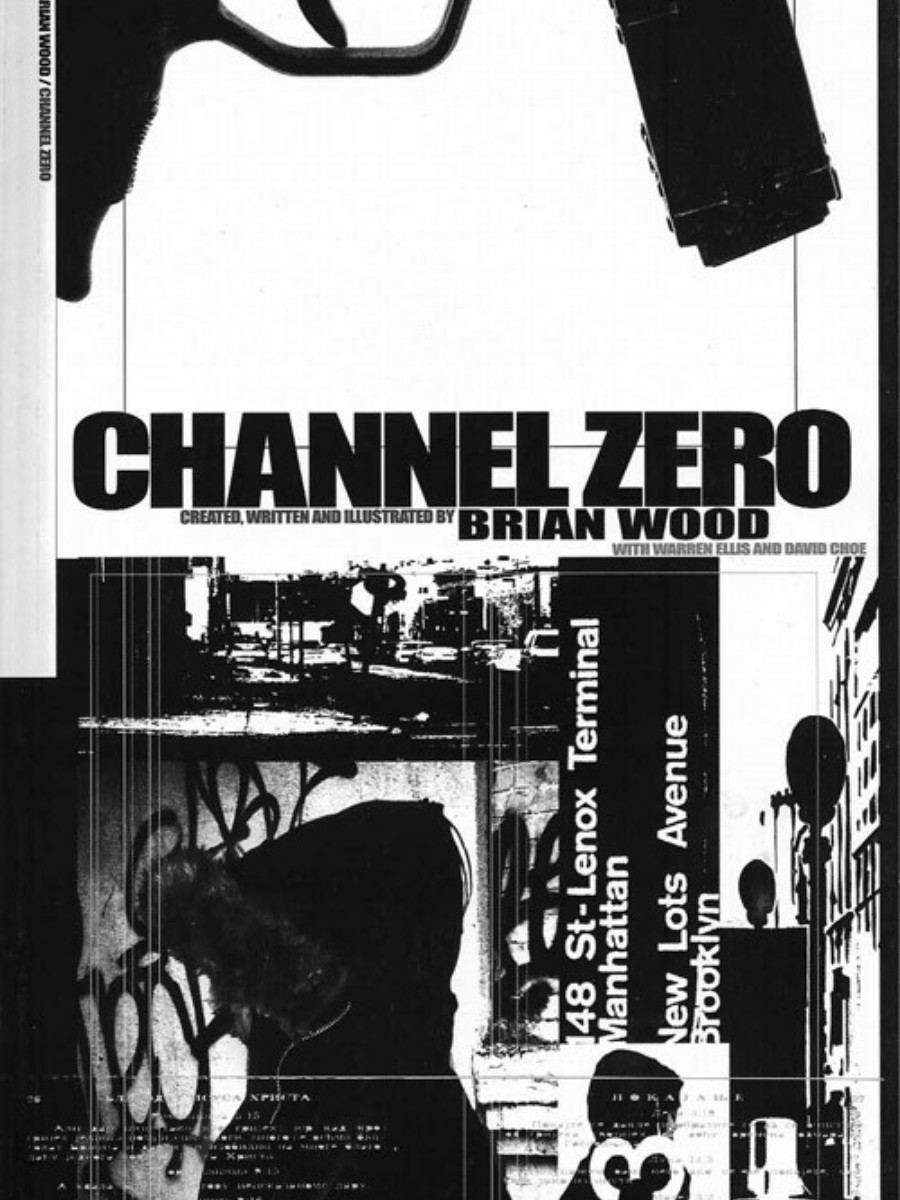 The excessive credits for Wood on the front cover should have given me a hint about what to expect. Something where the author (if that isn’t too limiting a description for Mr Wood) believes they know better, is going to tell us stupid people and we’d better listen.

As Warren Ellis writes in the introduction, Monoculture is a depressingly awful state of affairs, with everyone suffering the same cultural pap, and makes for a good starting point for a story. However, this isn’t really a story, it’s Wood railing against it in a comic book. There is nothing wrong with that; it is a good thing. But I wanted to be entertained during a diatribe, not feel that I’m reading an exercise in design. It is not a guide to or an example of the central idea – it is just Wood musing about it, using his stunning designs.

Wood does have a gift for placing strong images on a page – from the ‘Photocopy this page’ collection of images for stickers/flyers/t-shirts, to the stark, black and white artwork that is laid out like an artist’s portfolio. The visual aesthetic is raw and real, snapshots of life captured and spat on the page, with little info-bursts in the corner or in the gutter between panels. Personally, I don’t like the way he draws people, but he knows anatomy and how to place the camera.

Regarding the story: the Clean Act has been introduced, silencing freedom of speech, and TV is controlled. Jennie 2.5 is a hacker who puts out illegal broadcasts on network channels. She then gets caught, followed by an interlude where a cleaner (a police force assassin) is on assignment – there is nice misdirection as to who is who in this interlude – followed by Jennie being sent into exile, and then returning to New York because she likes dim sum. And that’s about it, really.

I didn’t have a satisfactory reading experience. I can appreciate the imagery and creativity involved in putting together the comic, but I didn’t feel a connection to the protagonist, even if I can understand what Wood is discussing in the book. I read to be entertained, and will take education as a side dish; I don’t order a steak for the accompanying salad, to use a silly expression. I’ll still eat the salad, but the steak has to be good. The book didn’t speak to me, or change my world view, so I can only assume that I’m not using my mind as a weapon, as the book tells me to do. But at least I remember the Public Enemy song of the same name; does that make me hip enough to be part of the gang?

From A Library – House Of M: Uncanny X-Men

From A Library: Alice in Sunderland