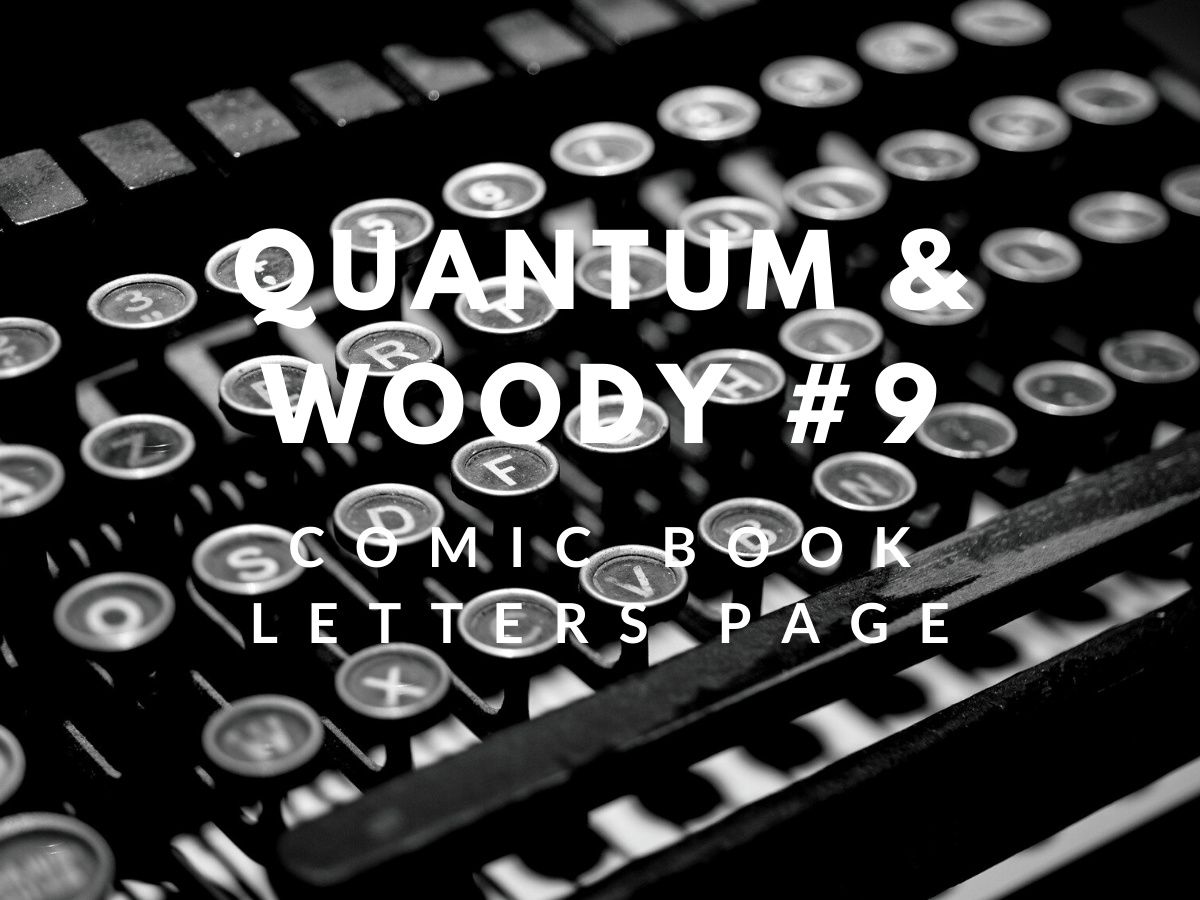 Quantum & Woody was THE most enjoyable thing to come out of Acclaim. Priest wrote some hilarious stuff, MD Bright drew up a storm, and much fun was had by them and the readers, although unfortunately not that many. I enjoyed it so much, I bought the trades as well as the singles, which is the highest award I can give a book.

Getting a letter printed here was, therefore, rather special, even if I was being used as a token Brit, not that I gave a monkey’s. I stand by all that I wrote in the above, and will eulogise it for a long time to come. Priest is another writer I admire, and this is one of his best works. It was a crying shame that Acclaim stopped publishing, as I wanted this to go on forever.

The coolest by-product of this letter was receiving a preview copy of Concrete Jungle: Legend of the Black Lion, also by Priest, that was sort-of spinning out of Quantum & Woody. Never having received a preview before (or since), this was particularly gratifying. It was made even more singular by the fact that it was never published, due to the previously mentioned Acclaim meltdown. That Priest is so unlucky … It was an interesting looking book, which would have been more Priest goodness in the world, but it was not to be.

Selecting From The 52 New DC Titles