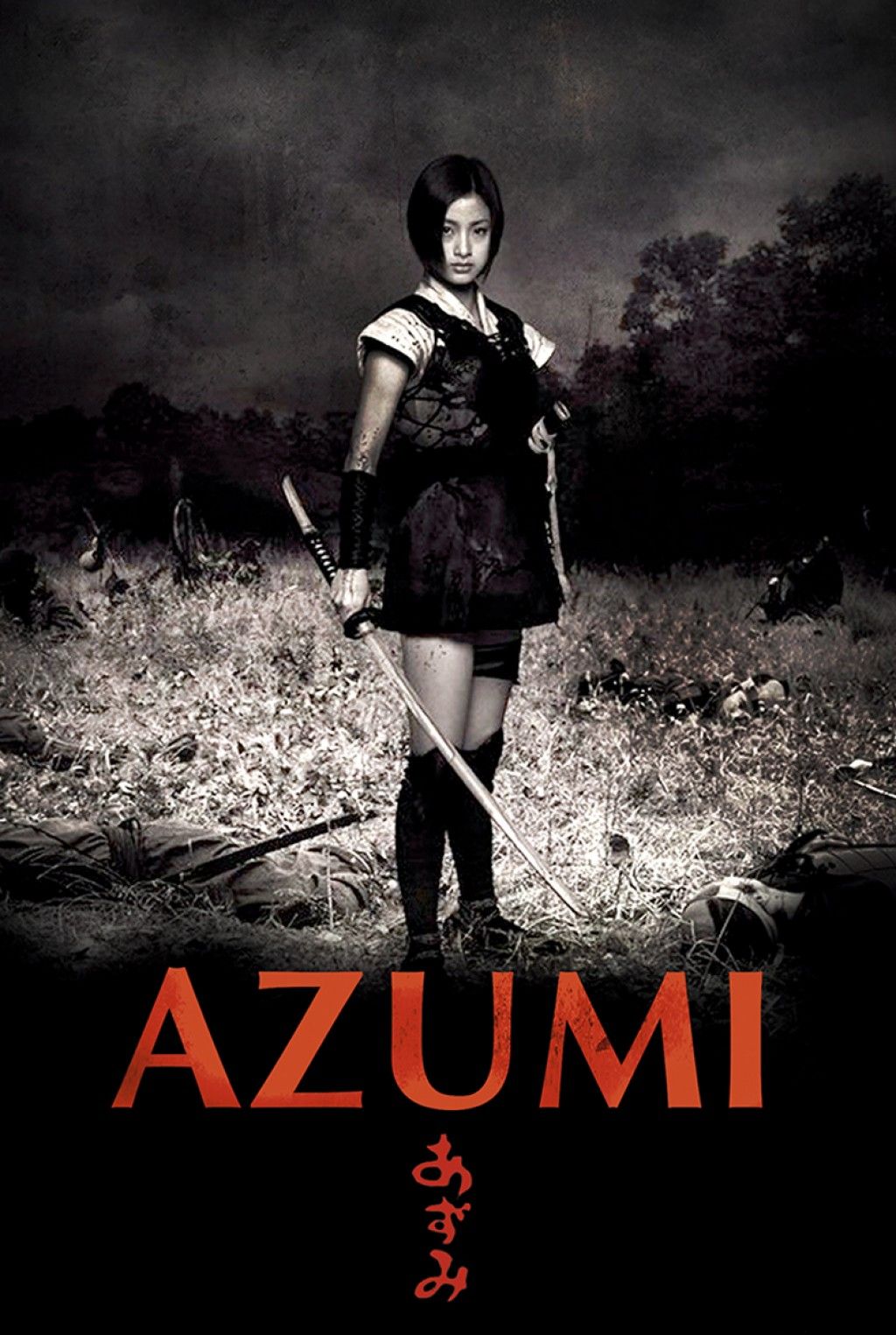 A young girl is orphaned, taken in by old man who has also taken in a group of boys – mind out of gutter – who teaches them to be wielders of the sword. They discover that the old man is a former samurai for the shogun and has vowed to train assassins to eliminate the other warlords in order to maintain peace. However, as a final test, he takes the 10 students (nine boys, and Azumi) and tells them to kill their training partner. Why would he do something stupid like that? Surely 10 assassins are better than five, especially after all the training and with such an important mission? Apart from it being a powerful moment, it is completely stupid and illogical. This lack of thinking things through is indicative of this Japanese film, following the adventures of Azumi and her sword skills.

The remaining five (obviously including Azumi, or it would be rather a short film) go with the old man and then kill one warlord. Then kill another, only to find that it was a double because his general had planned for it. The general used his ninja (who seemed to be wearing a monkey hat for no discernible reason) to track them. (The old man also has a ninja to help them out, but he doesn’t wear an animal hat). One of the assassins dies from poison from a ninja star that hit him during the attack on the double.

The group stop in a town between killings, because even assassins need some down time, and one of the boys falls in love with the head female gymnast because being brought up in an isolated community of assassins-in-training is the perfect way to develop emotions. Meanwhile, the hat-less ninja finds out that the warlord was a double, and the warlord’s general hires some mad killers to kill the assassins. However, because they are stupid and we need to see how nasty they are for us to favour the young assassins over crazy killer, they turn up and kill all of the gymnasts except the women the assassin loves, and the assassins turn up to kill the nastier murderers fairly easily, despite the film setting them up as hardcore fighters.

Next, the general sends his monkey-man ninja to get a psychotic killer (who likes to wear white clothes and make up but fortunately is expert with a really, really long sword) out of prison to kill the ‘good’ assassins. He kills the boy who likes the girl – the boy assassin has gone off with the woman gymnast because the samurai left the poisoned assassin to die (as Azumi has done). Azumi finds the woman gymnast and they go off together (with Azumi considering that life might be better if she didn’t have to go around slaughtering people) until they nearly get raped by brigands. This makes Azumi return to her top-assassin ways and she kills them all, but bizarrely leaves the women she saved to go off on her own (obviously not caring if she avoids being raped by brigands in the future), and goes to find the old man so she can help with his stupid mission.

The non-monkey-hat ninja, who is close to death from being stabbed by monkey ninja (he should have worn a monkey hat as well, perhaps?) while spying on them, turns up to tell the old man where the real warlord will be. The old man and the two remaining boys go there, but it is obviously a trap – there is lot of bloody swordplay and one assassin gets killed and the old man gets crucified. Azumi turns up (how did she know where to go exactly?) and kills absolutely everybody (with the help of the lunatic killers who had been hired by the monkey ninja, who turn on them when monkey ninja’s forces shoot guns at them to kill Azumi – what a stroke of luck). She ends up killing the previously invincible killer-who-wears-make-up-and-white without seemingly breaking sweat and finds the only surviving assassin, and she swears to go on killing people in the mission (because she would be nothing without the old man in the first place – this is not great logic, but she is obviously a bit backward).

We last see Azumi appearing out of nowhere on a boat in the middle of the sea (she has no boat of her own in sight, and yet she is completely dry when she appears – how does that work exactly?) killing the warlord that had been protected by the double, before jumping out again and going for a swim.

This is all very silly indeed. It is adapted from a manga, which explains the cartoonish nature of the white-wearing camp swordsman and the monkey-man ninja. Azumi is seemingly unkillable and pretty and good with a sword – quite a male fantasy figure – but with nothing in the way of characterisation or justification. The film starts out well, but loses momentum and energy halfway through with all the introduced extra elements (which is fine in a long-running manga series but doesn’t in a two-hour film). However, the real disappointment is in the fight scenes, the meat of the film, which don’t really fizz. They are more like old-school sword fights but with new cameras, with people are actors flinging swords around without looking like they’ve been training at it all their lives. There was only one scene which indicated something novel and interesting, where Azumi was fighting some ninjas in a forest – the camera trickery had her moving without moving very quickly and the ninjas moving slowly as she sliced them up. If only the rest of the film had shown such ingenuity …

Notes On A Film – Star Wars: The Force Awakens

Notes On A Film: The Dark Knight Rises