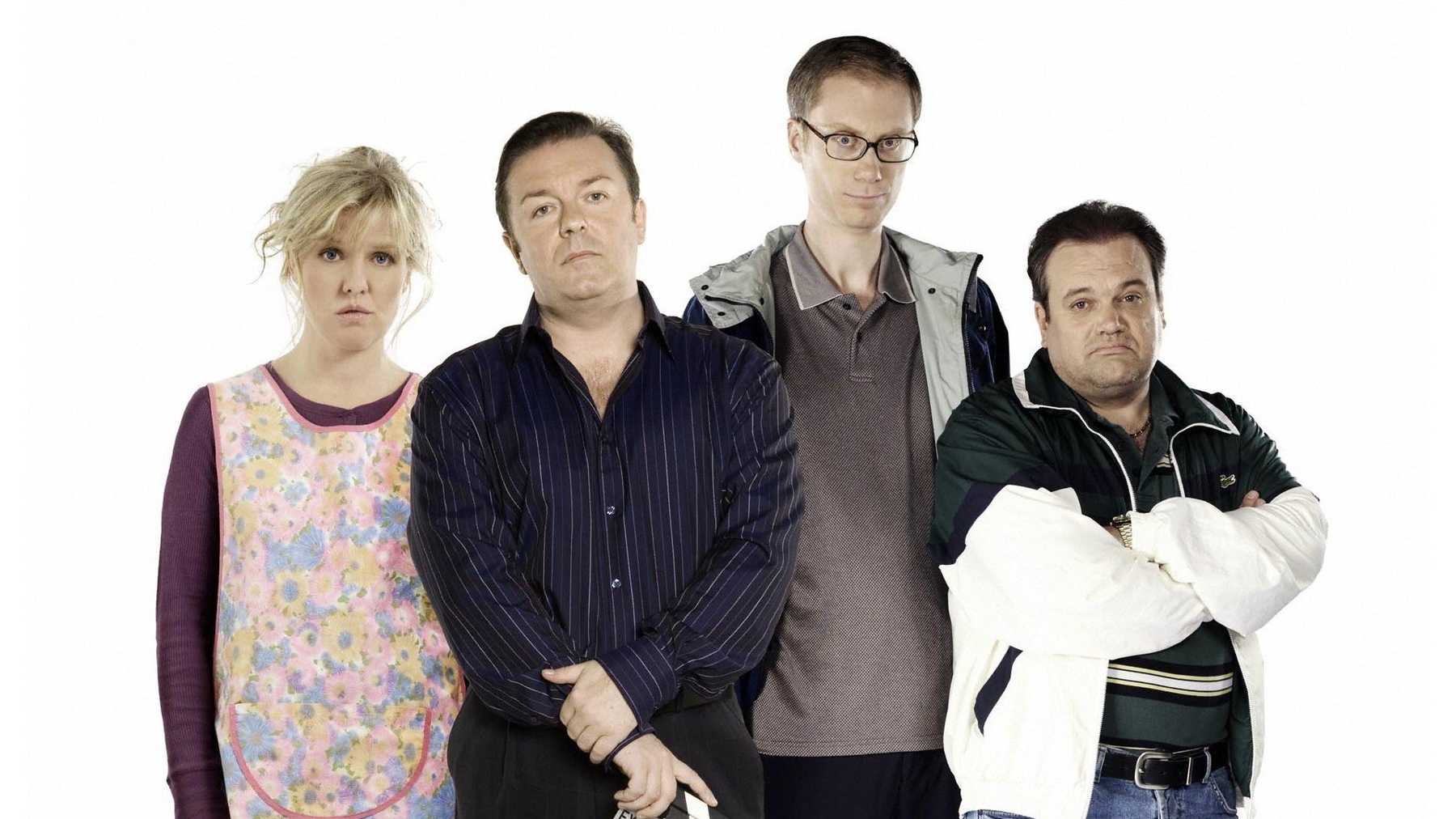 If it wasn’t for the fact that he is rich and happy, you’d almost feel sorry for Ricky Gervais. Having struck gold with The Office, where does he go with his difficult ‘second album’? That he and co-creator/writer/director Stephen Merchant didn’t rest on their laurels and made Extras can only be lauded for their determination and commitment to comedy.

With the second series of Extras released on DVD, it seemed an appropriate time to talk about it. I enjoyed the first series of Extras, with its balance of cringe comedy, the inside look at the making of entertainment and the wonderful show-boating of stars as caricatures of themselves (personal favourites: Kate Winslett ‘I’m aching for your big purple-headed womb ferret’ and Patrick Stewart ‘All her clothes fall off … and I see everything’). It was funny, which is something a lot of comedies seem to have forgotten how to do recently.

The second series of Extras took a different path from the first series. Here, Andy Millman (Gervais) has been able to get his sitcom, When The Whistle Blows, onto television, with him as the star. However, he has compromised the vision to get it there, so it is more about the catchphrase and a silly wig/glasses combo, leading to a critical mauling but popular success. There are still guest stars, but the dynamic of the first series has shifted a bit, with less of an excuse to see his only real friend, Maggie (Ashley Jensen), and more of a reason to see his rubbish agent, Darren Lamb (Merchant).

One of the aspects that becomes apparent is more of a formula approach to the nature of each show. There are the guest stars for the laugh-out-loud moments (Daniel Radcliffe is hilarious as a boy trying to prove he is grown-up, the wonderful image of him accidentally flicking an unused condom onto Dame Diana Rigg’s head is priceless, and Robert Lindsay makes up for the endless series of My Family with some comedy brilliance in the last episode with the child in hospital) that remind you that this is a funny comedy. Then there are the cringe moments, when stupid things are said and done in that naturalist vein that makes you peek through your fingers because you can’t believe they just happened, mostly by Maggie or Darren. Then there is the meta-commentary about the nature of comedy, as filtered through Andy’s sitcom. All of these happen at the same time, which is quite impressive.

The theatre of embarrassment is something that Gervais and Merchant have mastered, and is still impressive to see done well. However, the second series sees this more and more through Maggie and Darren, making them so unbelievably stupid and unaware of what they are doing that it goes beyond the traditional ‘having a stupid character in a sitcom for them to say funny things’ to making you wonder how they can get out of their own houses without having a fatal accident. You want to bang their heads on the nearest wall to knock some sense into them. They say things that a child with a learning difficulty wouldn’t say, which has the effect of taking you out of the naturalness of the comedy and into the realm of shouting at the screen, ‘That’s fucking ridiculous!’ You stop believing in them as people. I couldn’t believe that Merchant won comedy actor at the British Comedy Awards for it.

The most interesting aspect is the meta-commentary that is going on. Usually, subtext is supposed to be just that: themes underneath the main story. Here, Gervais and Merchant seem to be discussing the ideas of comedy and one’s approach to one’s work, the response of an audience to what is supposed to be entertainment and the nature of the creative in needing the respect of peers. It must reflect some of the fights they must had when making The Office, in not watering it down or making it more palatable for a wider audience (remember that it did not get huge ratings, even for BBC2). It also reflects the idea of producing something that the creators must be proud of making, even if it is not a success with the public. People don’t start out to make mediocre comedy, but what is the reaction if it is loved by the general viewing public? My Family is extremely generic, dull and unfunny, with its conveyor belt mentality, yet it is hugely successful in the pre-watershed slot and has been running for many series. Is this suggesting that the majority of people are thick and don’t deserve quality comedy? Are people like Gervais and Merchant doing the right thing by making comedy that will only be appreciated by critics? Are they slagging off all bland comedy with When The Whistle Blows, or just the people who like it? Or are they just exorcising their demons? This is fascinating stuff to be discussing in the middle of a show where David Bowie sings a song taking the piss out of Andy.

Extras, a show that makes you laugh and think at the same time. That’s quite an achievement. And, with the news that they plan to bow out with a Christmas special, like they did with The Office, there’s no worry of the quality being diluted by continuing series.

Comics/Television: In Search of Steve Ditko