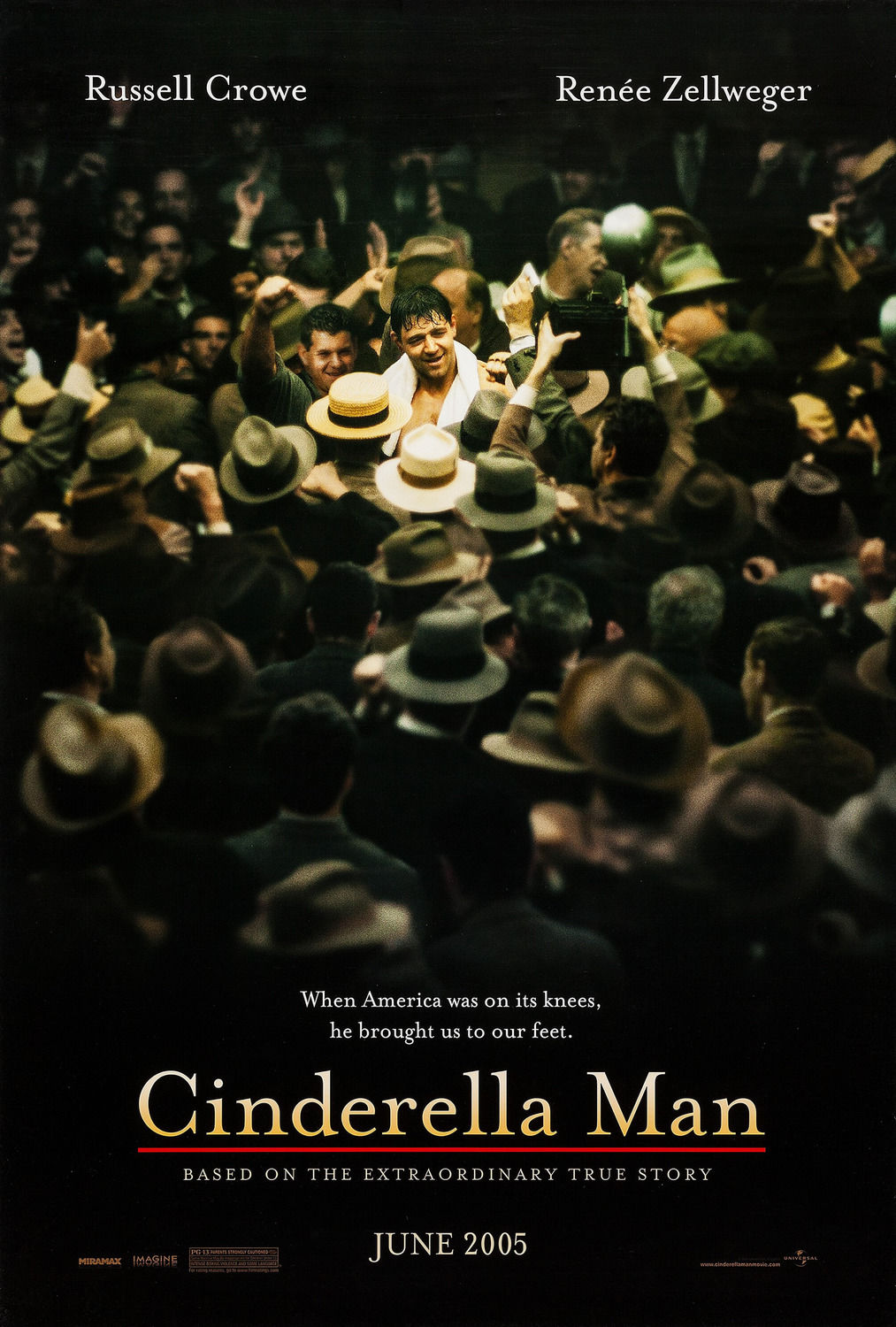 Cinderella Man is, essentially, Rocky with a little more depth, a more accomplished director and a more articulate and audible leading man. How much you enjoyed Stallone’s based-on-fact fiction will probably give you an indication as to how much you will enjoy this factual film.

James Braddock (Russell Crowe) was a promising boxer who lost everything in the Depression, causing him to end up working on the docks, when he would get work, after he lost his license to fight for small change in back rooms. Living with his loving wife (Renee Zellwegger) and their three children, we see an honourable man who truly loves his family and will do anything for them. Much like Rocky, a bizarre happenstance means he is offered the opportunity to fight a possible title contender on two days’ notice for a substantial sum of money. Only for him to win the bout, having inadvertently strengthened his previously weak left hand working on the docks. He wins the next fight, after some training, setting him up for a title fight against Max Baer, a boxer who had killed two men in previous matches.

In all this, we see him actually begging for money off the men who once paid him to box in order to pay the electricity bill so his children can live with them, and see him take his son back to the butcher’s to return the stolen sausage, an indication of his morals from being Catholic and of Irish descent. This is a very American tale of the decent man with nothing working up to having everything without betraying his noble roots (he went on to fight in the second World War, worked on building the Verrazano bridge in New York, lived with his wife in the same house they bought for the rest of their lives and basically didn’t end up a punch-drunk loser in Vegas). Crowe plays Braddock with muscular integrity and some sensitivity with able support from Zellwegger as the woman at home. They are both outshone by Paul Giamatti as Braddock’s trainer Joe Gould, by turns feisty, funny and forlorn. Ron Howard directs with his usual proficiency, having watched Raging Bull a few times to get the correct authenticity for the sterling fight scenes. This is a decent but unspectacular film, which questions why people thought it should have opened in the summer season instead of the more appropriate Christmas corridor.

Notes On A Film: Attack The Block

Notes On A Film: Star Trek Into Darkness