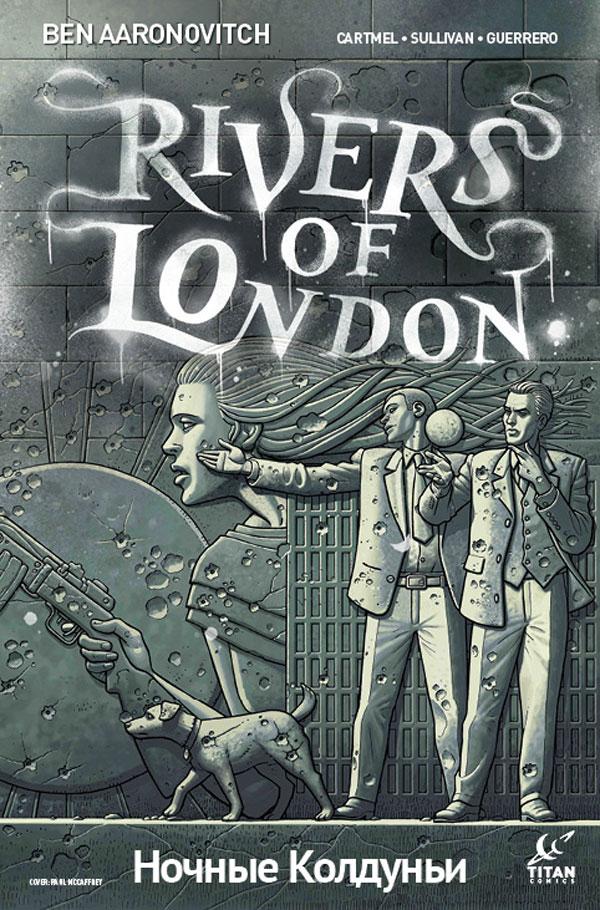 The Rivers of London series of books is really terrific, telling the adventures of Constable Peter Grant as he becomes the first new member in years of the Folly, the branch of the Metropolitan police that deals with crimes to do with magic. I’ve been a big fan of it and Ben Aaronovitch since the first book back in 2012; I even went to see him at Manor House library, where he was funny and smart and charming. I was excited to hear that Aaronovitch was bringing the stories to comic books – this is the second mini-series, after Body Works – but this series is of particular interest to fans of the novels because it continues storylines that are the main overarching thread of the series.

The book starts with some criminals in a van speaking Russian (in Cyrillic alphabet, no translation – you have to read the behind-the-scenes stuff at the end of the book) – they are in London, holding up a van for one of the occupants: Varvara Sidorovna Tamonina. The criminals tell her they want to rescue her, but Varvara doesn’t want to be rescued: she is a Night Witch (‘not a metaphorical title’) and she can defend herself, leaving behind the arm of one of the criminals as evidence. (She was introduced in the fourth book of the series, Broken Homes, and is now a house guest of the Folly.)

The Russian mobsters were there under orders of Nestor and Ludmila Yakunin, oligarchs from Russia now living in England; they want Varvara’s help to save their daughter from a Leshy (‘A Leshy? In Kent? No fucking way.’) – Ludmila knows the ‘true signs’ because her mother was in the same Night Witch regiment as Varvara. Varvara can’t help, but tells them to ask for Inspector Nightingale of the Special Assessment Unit (aka the head of the Folly), something they don’t take too well. With that, we get a bit of recent Russian political history as Grant and Nightingale do some research on the Yakunins and how they became so wealthy, which ultimately leads them to an unfortunate connection: The Faceless Man (the main bad guy in the novels), the man to whom the Yakunins are turning for help. Only for another character from the novels to appear …

This is an extremely intriguing first issue, especially as it connects so strongly to the events in the novels. It doesn’t focus on the normal characters in the series, but I’m fine with that when it slips in back story for Varvara and brings in the Faceless Man. It makes me excited for this storyline and for what will happen in the novels (the fifth book deliberately took Grant out of London and away from the Faceless Man and the result of the end of the fourth book). It wasn’t what I was expecting and it’s all the better for it. The book is funny, character-led, provides a history lesson, and has a point of view, a hallmark of Aaronovitch’s work. If you’re a fan of the Rivers of London series, you should be reading this comic book.

From a Library: Teen Titans A Kid’s Game