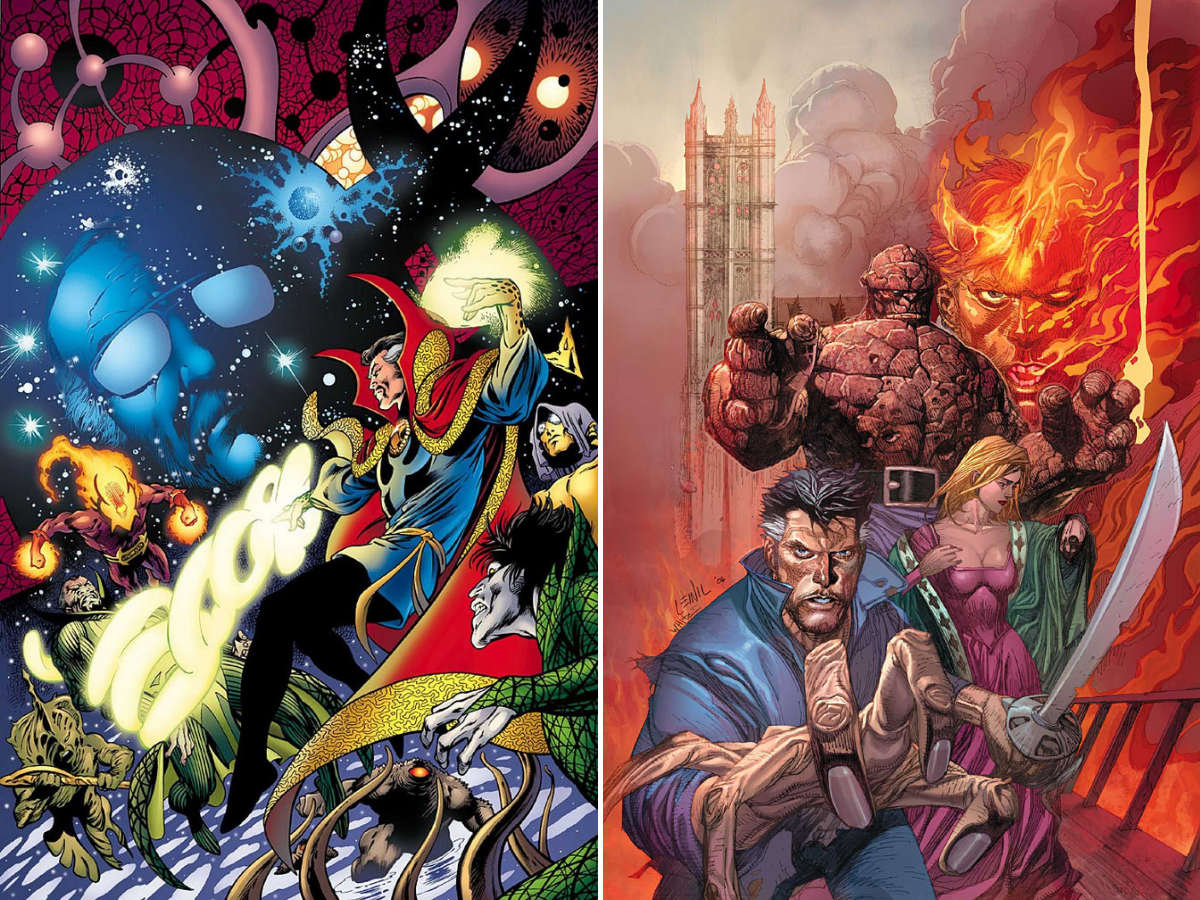 Like the DC soliciations, a selection rather than a long rundown:

I don’t read Ultimate Spider-Man (although I did start out reading it), but you have to admit that it’s an impressive feat for the same creative team to continue for 100 issues straight in this day and age, especially on a Marvel book. It could be said that it is an easy job, retooling the old stories for a modern audience, but Bendis and Bagley have been doing a great job on this title for quite some time, and that deserves respect.

What a gorgeous cover from Yu. I have no idea what the interiors are like, but that sure does look purty … Normally, a money-grabbing spin-off from a Neil Gaiman concept wouldn’t have me interested, but this is written by Peter David, a man who has shown he can write well in most comic book genres, and the Fantastic Four from that series warranted a further look. And with special guest star, William Shakespeare!

Damn, that Davis can draw! I really dislike Lee’s writing, but I’m seriously tempted to buy this book solely for the art. Alan Davis is my favourite artist of all time, and this cover shows you why. Isn’t that beautiful? He draws superheroes perfectly. The idea of these stand-alone specials celebrating Stan Lee and his place at Marvel is actually a nice idea (which would be made better if they had something similar for Jack Kirby), if it wasn’t for the fact that Lee gets to fill pages with his diabolical dialogue and tell-tell-tell expository panels. Still, I can always just white them out so as not to be distracted from the artwork …

I don’t know why this is needed when Ennis is doing such a fine job with the character, but, if they must, then they have at least done something different by giving it to Matt Fraction. His love of violence and humour make him a good fit, and it will be interesting to see his indie sensibility on such a mainstream character. Olivetti should be a good match, with his detailed and muscular yet slick art, so this has the potential to be something different.

All Star Superman #4
The internet weeps tears of joy as a new issue of Superman by Grant Morrison and Frank Quitely is welcomed into the world. This is just dazzling good comics, and we are lucky that DC finally saw sense in letting Grant get his way with the big guy.

Ex Machina #21
Ex Machina twice in two weeks; Monsieur Ambassador, you are spoiling us … The regular team bring us the continuing adventures of Mitchell Hundred with the necessary Mature Readers tag, for content and quality.

Casanova #1
Matt Fraction again, this time bringing us the contents of his brain in comic book form, in the Fell format no less (but with even more pages; we are so lucky). This looks like it will be quite spectacular. Don’t take my word for it: Warren Ellis commands you buy it, so you have no choice.

New Avengers #20
It is my intention to finally get up to date on this series and sort through the boxes in the attic for the rest of this series, just so I can actually read this book when it comes out. I like a bit of Bendis, and I enjoyed the first trade, helped by the fact that I’m not an Avengers fanboy. I hope it’s good after waiting to read it all this time …

Ultimates 2 #11
Talking of long waits, here is finally another issue of Ultimates. Hitch’s art always make it worth the wait, and Millar has been going strong on this title (especially compared with some of his other stuff), so it’s time for another issue of one of the best mainstream superhero titles being published at the moment.