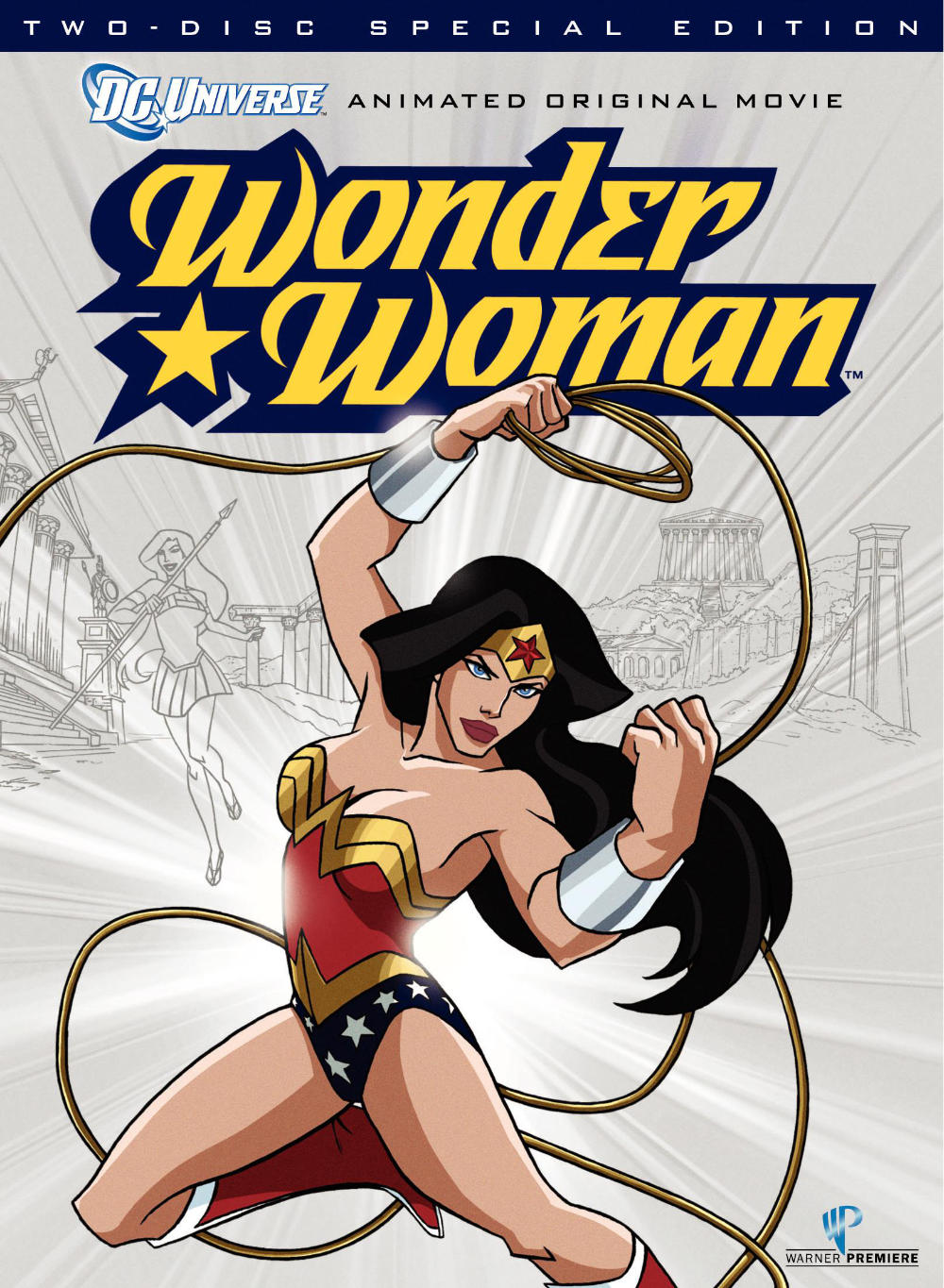 I try to see all the animated superhero films that come out (although there is quite a lag time to arrival in the UK: we still haven’t received Green Lantern and Superman/Batman); I think this was the best film of them all so far. It had a good story, good characters, a good script (with funny and intelligent dialogue) and a good execution. Enjoyable and with a strong feminist theme without it being a message rammed down the throat, it takes the Wonder Woman origin and the mythological aspect for its basis and accepts it, embraces it and understands that actual violence is inherent to the concept of warrior women and fighting war.

It’s very adult – the sauciness of the flirting from Steve Trevor (brilliantly voiced by Nathan Fillion) is not something you’d normally expect from a superhero animated movie, and it’s wonderfully refreshing. A quick word about the voice cast – they’re all great: Keri Russell as Diana, Virginia Madsen as Hippolyta, Rosario Dawson as Artemis, Alfred Molina as Ares, and it’s good to see big names being associated with this type of product.

Although I had a few problems with the plot jumps – the way it moved from one scene to another seemed to ignore ramifications of the previous scene and characters accepted things without a second thought – the story is strong and clear. The Amazons battle against Ares and his warriors (Ares had enslaved the Amazons), and defeat him – Zeus prevents Hippolyta from killing Ares and he is imprisoned under their care on Themiscyra, given to them by Hera. Hippolyta is allowed a daughter of her own – Diana, sculpted from the earth and imbued with magic, who grows up to be their best warrior. When Steve Trevor crashes into Paradise Island, Diana wins the contest to become the Amazon’s emissary to the outside world to take him back. Meanwhile, Persephone turns on her sisters to release Ares, who wants to wage war again (as the god of war, he is empowered by the psychic energy of battle), and it is up to Diana to contain him, with the aid of Steve (who is besotted with her – there is a lot of humour with the lasso of truth: ‘Your daughter has a nice rack.’) This allows for fighting (with swords and cutting people’s heads off) and character development that are not always part of an animated superhero film.

Kudos to the script – I think that the input of Gail Simone in the story helped a lot – and the film makers for creating something so bold and interesting.

[For my film rating system, see this explanatory post]

Notes On A Film: Guardians Of The Galaxy Vol. 2