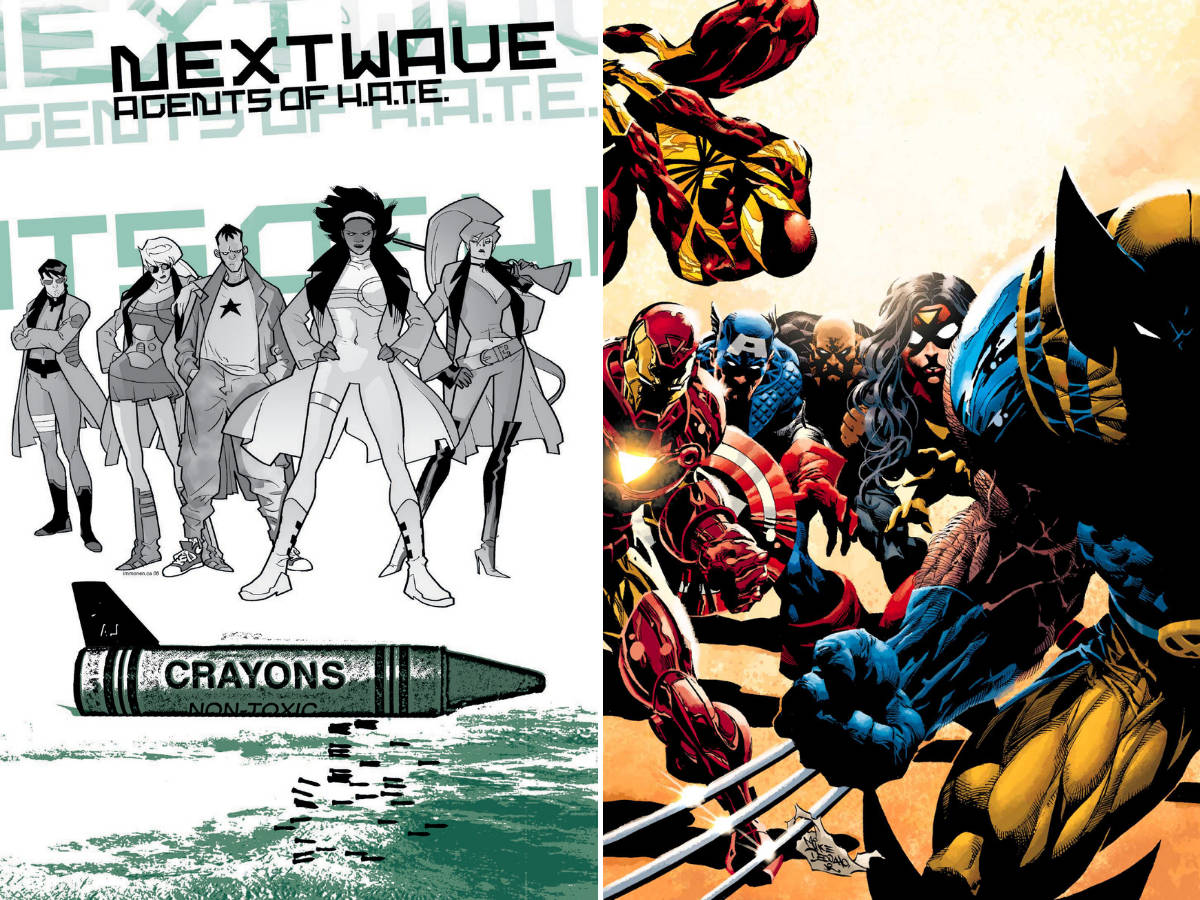 Supergirl and the Legion of Super Heroes #18
I’m still intrigued by the ‘Supergirl thinking it’s all a dream’ concept, which has shook things up quite nicely. I still have faith in Waid, although it faltered a little in the middle of this run, so I hope I’m not piling on the expectations.

PvP #26
I still enjoy Kurtz’s gaming magazine sitcom, for all its geeky references. I read the preview of Truth, Justin and the American Way, but felt it was TOO much like an ‘80s US sitcom for my liking; I didn’t particularly like them then, so I’ll stick with the PvP crew for my pop culture yuks.

New Avengers #19
I still haven’t got round to reading the comics leading to this, so this will be a rare book that can’t be read with feverish excitement on the tube home from the comic shop. It also means I have been missing any reviews or speculation on the series so far, so I can come into it fresh. I look forward to it eventually.

Nextwave: Agents of HATE #5
This will be the first comic I pull from the bag to devour (not literally, that would be hideous, and probably poisonous), as Ellis and Immonen have created a cracking team book from the start, with plenty of gleeful laughs and cartoony violence, a perfect recipe for a superhero comic.

Powers #18
The new direction for the Powers team is very intriguing, especially when anything can happen in this creator-owned book; the status quo does not have to be maintained, as the series has shown, which provides the platform for plenty of drama and action.

Squadron Supreme #3
I didn’t buy the linking mini-series, so I might be missing some nuances, but the last issue didn’t inspire huge amounts of confidence. Without the MAX umbrella, this book now feels like a well-done but ordinary superhero book – the villain and cliffhanger at the end of #2 was so prosaic and clichéd, I felt a shiver of trepidation at where this book can go. The duo of JMS and Frank have earned some leeway, but they will have to pull out something spectacular to impress me.

X-Factor #7
With issue 7, it means it’s a new story for the next trade, so I hope things get shook up a little for the next storyline. I’m still not enamoured with Calero, especially following on from the talents of Sook, and the single-issue breathers of the last two comics haven’t been as strong. David has got the props for this book, so I’m expecting good things.

And because I didn’t tell you what I didn’t get last week:

Fell #5
One of the best new comics in a while, this densely packed ‘detective television show as comic book’ will be my next book, after Nextwave, with Ellis’s precision dialogue and Templesmith’s moody and evocative art. I’m amazed it hasn’t been picked up as a television show.

Jack Staff #10
The last issue came out in October of last year, I think, so this is quite a wait. I don’t know if it’s the drag or the anthology nature of the book, but my love for the book has been waning. I hope that Grist can do something special to return me to the fold.